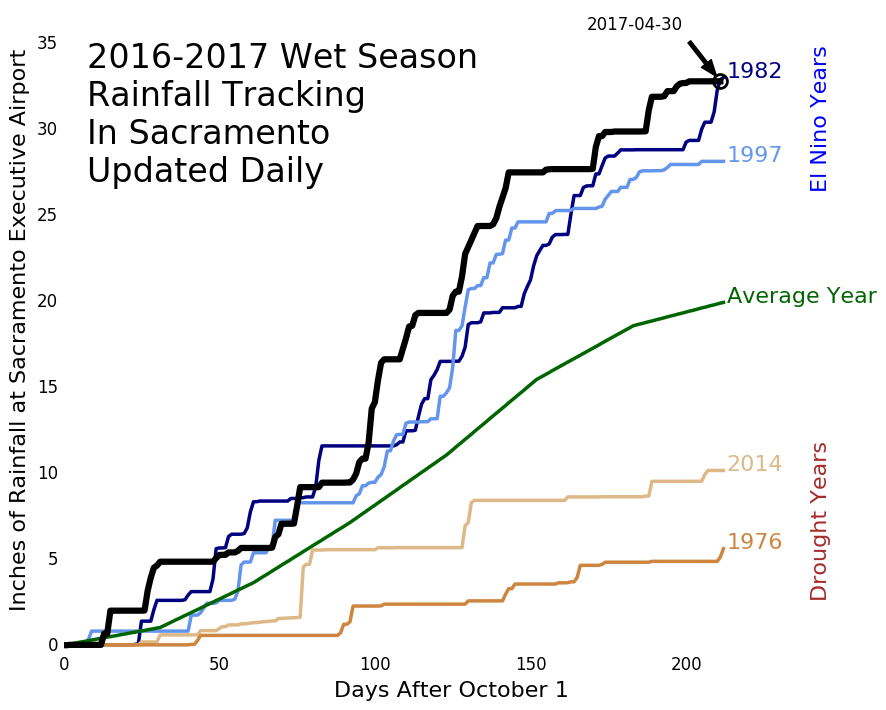 I created this chart because I wanted a graphical way to compare rainfall amounts this year as compared to previous years. Since I can remember our two driest years in California (1975 and 1976) and I also remember the wettest year (1982), I thought it’d be fun to watch this year’s progress.

These are Sacramento records from the rain gage at Sacramento Executive Airport, so the graph doesn’t really tell us much about the status of the drought Statewide. But it does show us how rainfall in Sacramento compares to past notable weather seasons. The rainy season is defined here as starting on October 1 and continuing through the following April. Values for this season (2016-17) were updated daily at 10 a.m. PST with the previous day’s rainfall. The data comes from cdec.water.ca.gov.

The data from past years comes from UCDavis

Good historical rainfall information can be found at NOAA

Source code is on my github